Olympus Marathon is a unique trail running event held annually on Mount Olympus, the Greek mythical “Mountain of the gods”. The route revives the pilgrimage of ancient Greeks to Mount Olympus, where they ascended every year to honour and sacrifice to Zeus. The race starts the last Sunday of June from the sacred city of Dion, at the sunrise. Athletes retrace history and myth across the paths of the Mount Olympus. 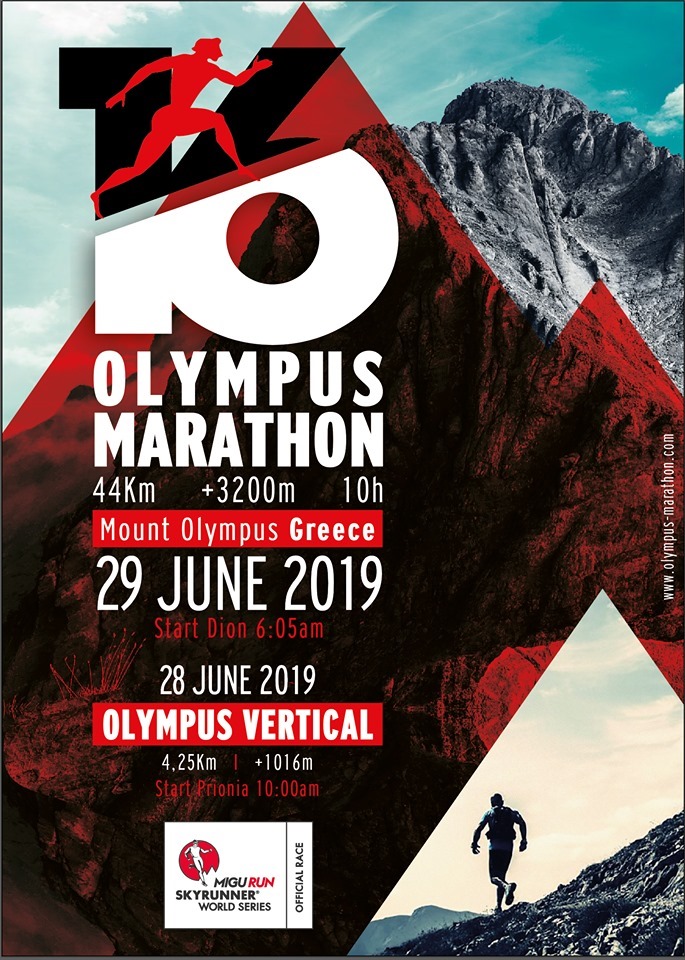 Olympus Marathon is the international mountain running event in Greece, carried out on Olympus , the world famous, Greek mythical “Mountain of Gods”. The route itself revives the sacred trail ancient Greeks followed to Olympus, where they ascended every year in order to honor and sacrifice to Zeus. At its very beginning, the track of the race lies exactly on the ancient route, starting from the remains of the sacred city of Dion, one of the most significant archaeological sites in Greece today. The mountain, apart from being a National Park, is listed as a “World Natural Heritage Monument” by UNESCO. The athletes reach up to 2800m starting from almost zero altitude (3m) at the starting point in Dion, just below “Zeus’ throne”, one of the highest and steepest peaks of the mountain in magnificent scenery. The race, covering approximately 44km, is completed in Litochoro town, the most important resort of the region, situated at 300m above sea level. The track of the route crosses the eastern side of the mountain and the view the athletes enjoy at its highest parts, is truly breathtaking. Ascending, from the start to the highest point of the route, is continuous and covers over 2800m of total elevation gain in about 21 km. Racing in the “Mountain of Gods”, offers athletes the unique opportunity to take part in one of the main races of its kind throughout the world.